Day two of The Masters at Augusta gave us plenty of high quality action as last years winner missed the cut.

An American still continues to lead the first major of the year, however it is one many were not expecting.

Here are the biggest stories after the second round at Augusta. 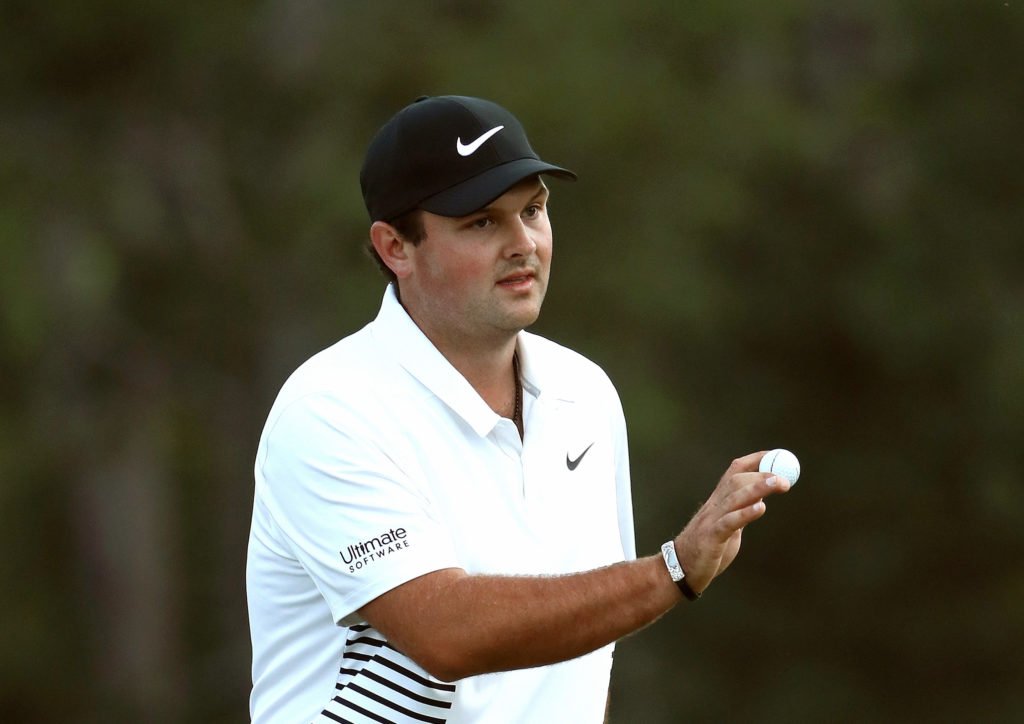 The world number 24 posted a six-under-par 66 to take a two-shot lead at the halfway stage of the Masters.

The American is the only player in the field to post two sub-70 rounds this week. 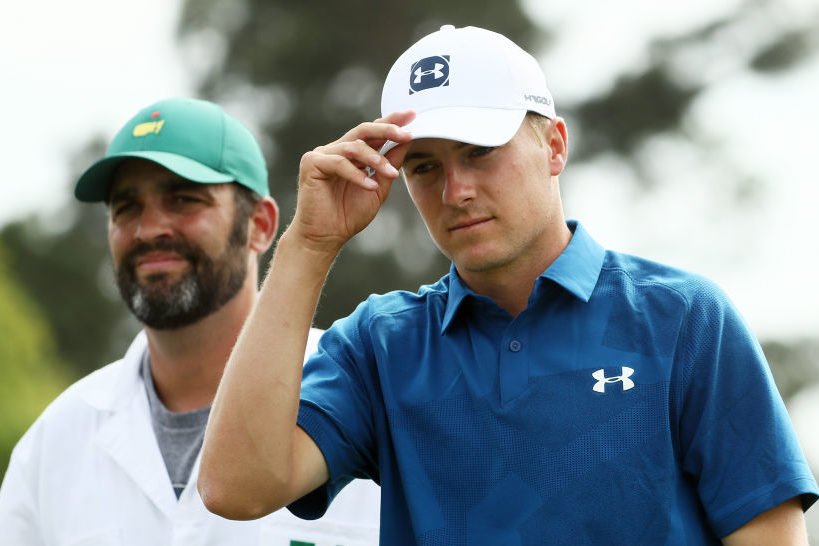 Clubhouse leader after the first round Jordan Spieth started his second round in the worst possible manner.

Spieth started with a double-bogey on the first after driving into the trees and followed up with another bogey on the second to see his lead disappear.

The American recovered to card a round of 74, leaving himself five shots off leader Reed. 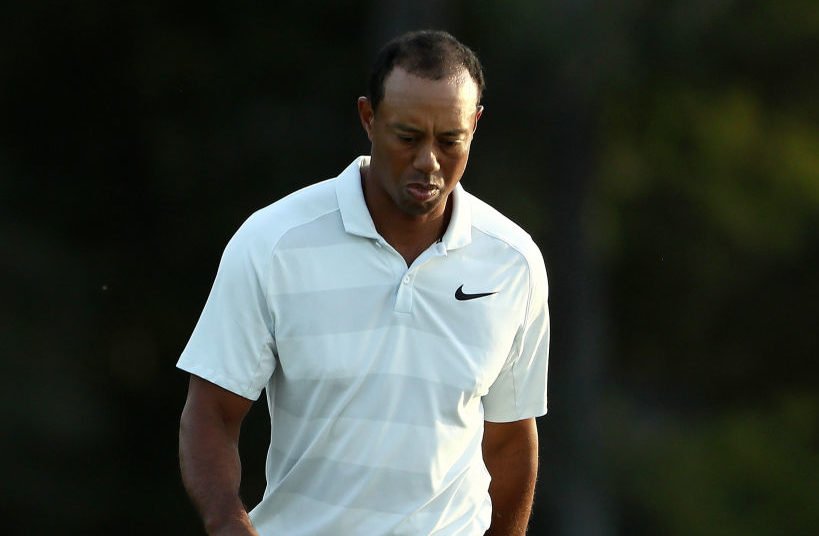 Woods scrapes into the weekend

Tiger Woods’ hopes of Masters glory on his return faded after he carded a second round of 75.

Woods is currently on +4, a massive 13 shots off the leader at the halfway point, as he just made the cut. 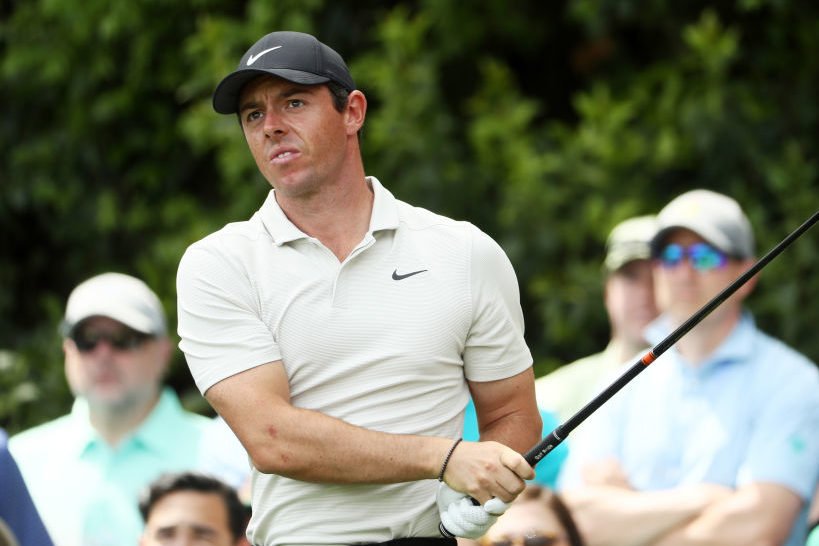 Rory McIlroy followed up his opening round of 69 with a one-under 71 to leave himself five off the pace.

McIlroy will be hoping to make his move on ‘moving day’ in the right direction.

A win at the Masters will give the Northern Irishman a Grand Slam of majors. 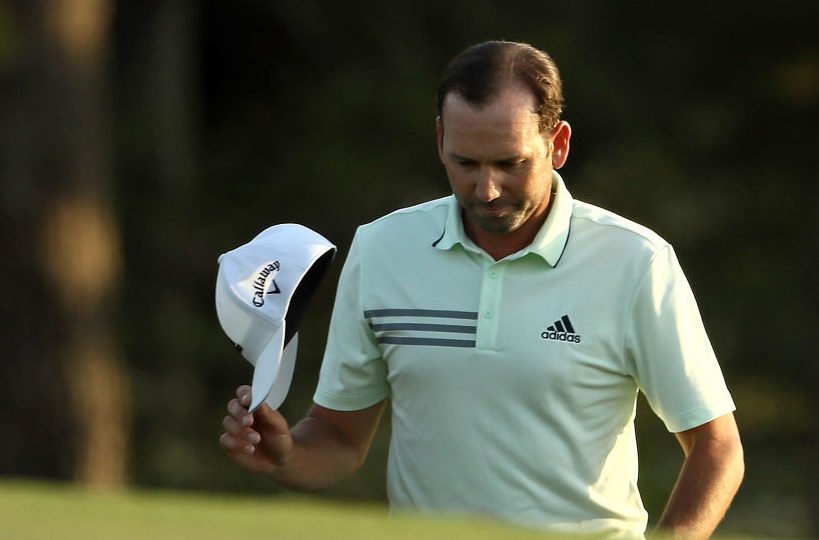 The worst defence of the Masters in history.

An accolade Sergio Garcia wasn’t hoping for when he approached the first tee on Thursday.

A second round of 78 added to his first round pain, as he ended on +15, with only amateur golfers below him. 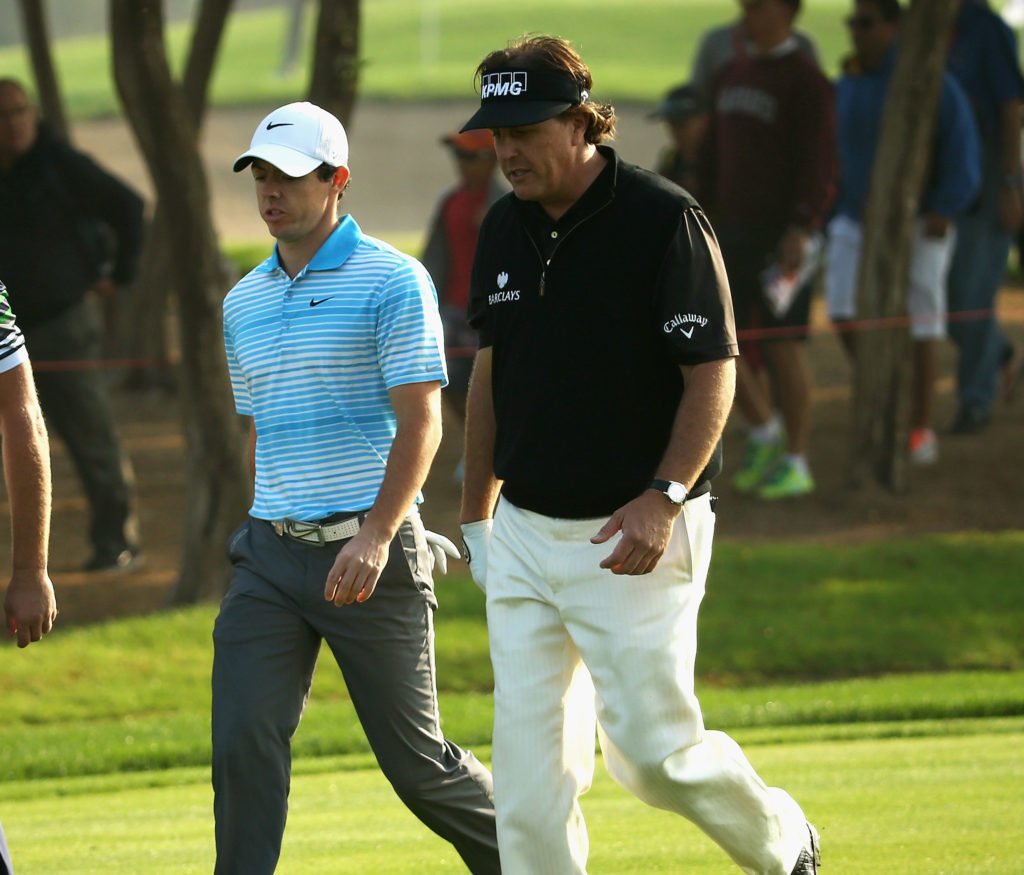 Phil Mickleson endured a frustrating second round, carding a seven over 79 to leave him on +5.

Things were looking promising for the American after the first round, however, his second round slip has left him 14 shots of the pace. 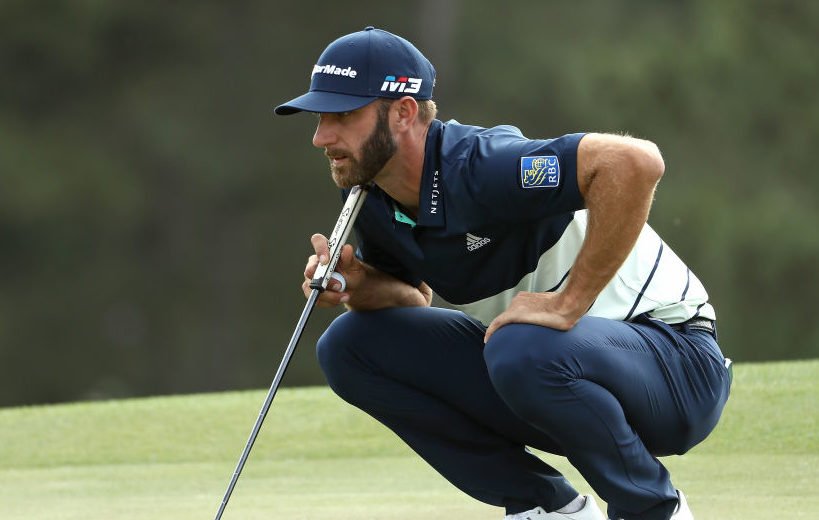 Dustin on the march

World number one Dustin Johnson stayed in contention after a fine second round of 68, leaving him on -3.

Johnson, who will be playing his third round alongside Spieth, will be hoping he can close the gap on current leader Reed on ‘moving day’.

The highlight of Johnson’s round came on the 16th, where he holed a huge putt to save par after racing his first past the cup. 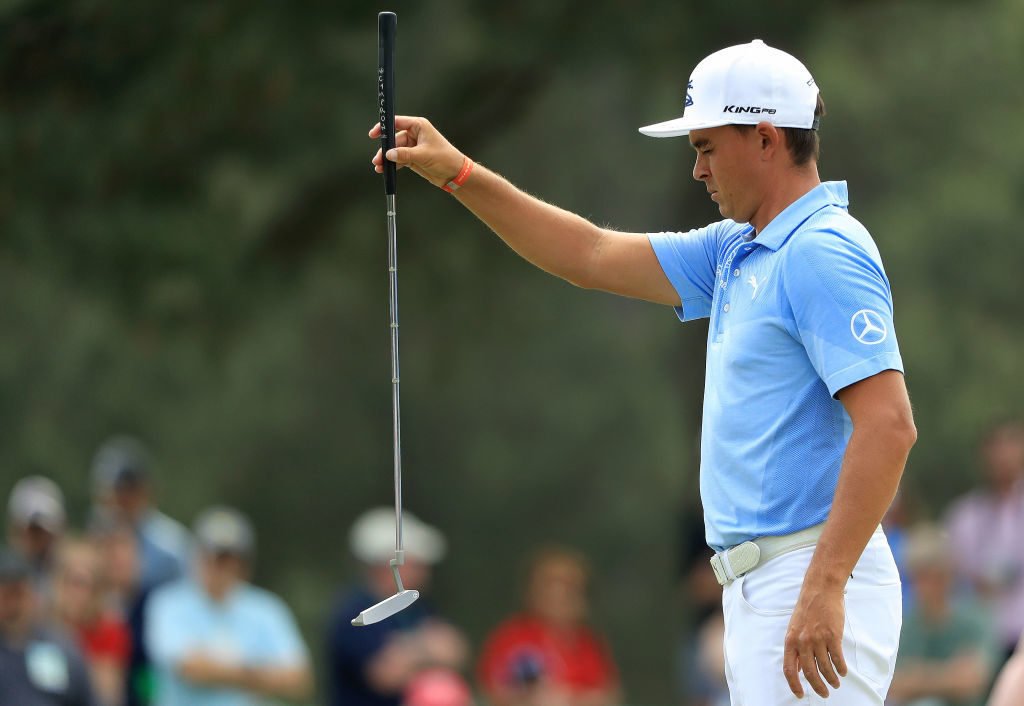 Rickie Fowler made a huge 66ft putt on the sixth to save par as he carded a round of 72, leaving him on -2 after the opening two rounds.

Fowler will need plenty more putts from distance if he is to make a surge up the leaderboard. 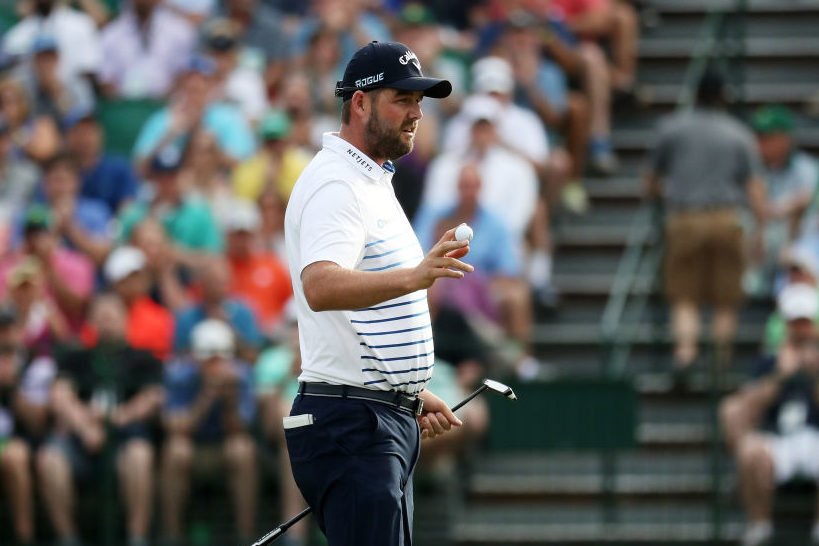 Leishman in the hunt

Australian Marc Leishman wasn’t a name many were expecting to be in the hunt after two rounds.

His superb 67 has left him on -7, just two behind leader Reed after some wonderful iron play. 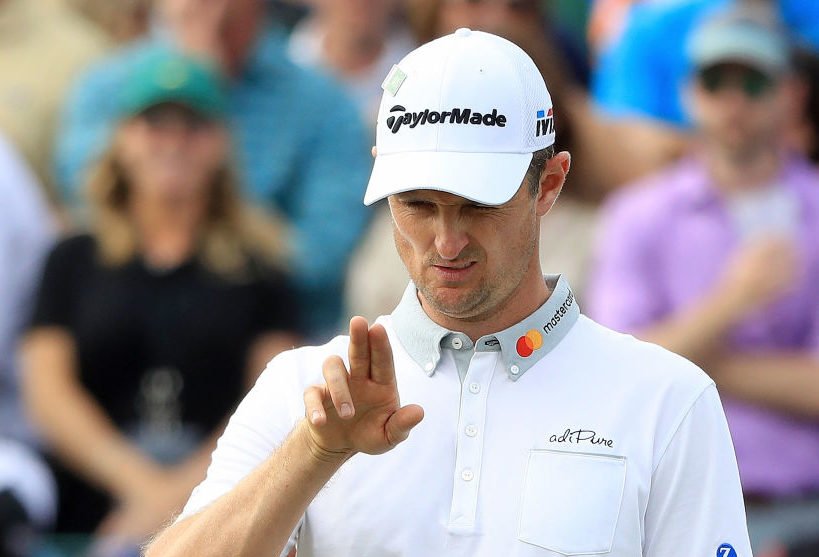 Rose flying the flag for England

Justin Rose is currently the only Englishman under par after two rounds.

Rose carded a second round 70 to leave himself on -2 at the halfway point and may well fancy his chances this time around after last years play-off heartbreak. 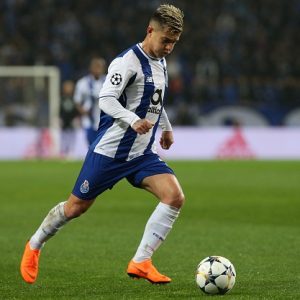 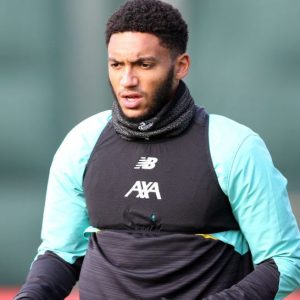 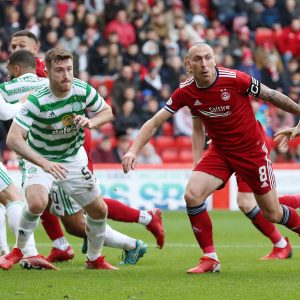 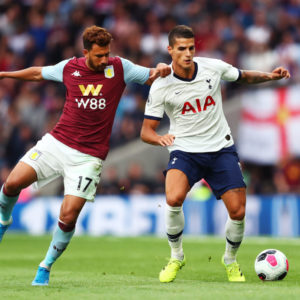 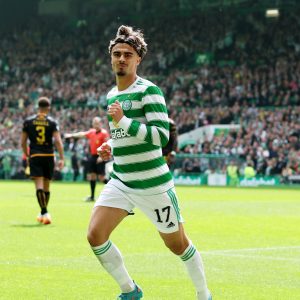 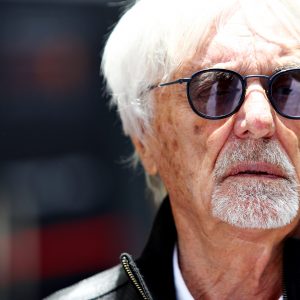